8 Eco-friendly Ways To Unblock a Toilet 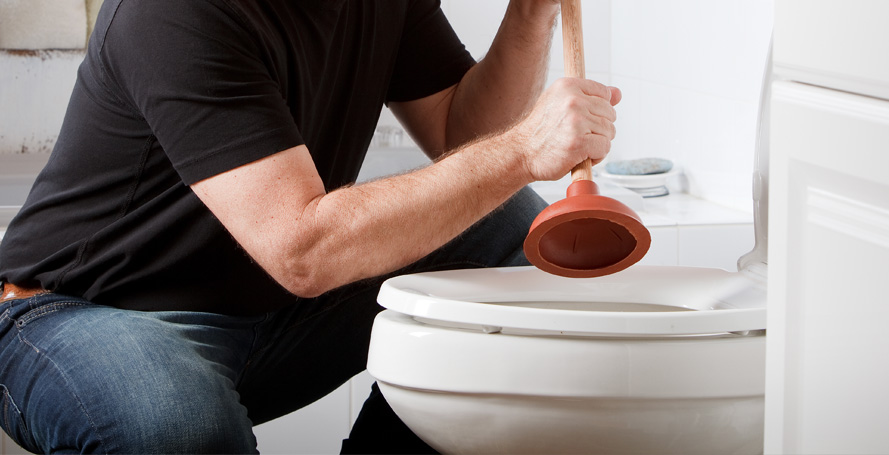 At one time or another, we’ve all had to face the inevitable: the dreaded clogged toilet. Let’s face it – there aren’t many things worse than the great, big potential mess a flooded bathroom floor can bring! When this happens the last thing you want to have to deal with are strong, odorous chemicals permeating your bathroom and home. The good news is there are other options!  We’ve got you covered with a list of eight eco-friendly ways to unblock a toilet.

Note: Before you begin, you should make sure to close the shut-off valve if you notice the water level rising inside the bowl. This will prevent additional water from entering the fixture, and hopefully, prevent flooding.

If there’s no urgent reason to unblock the toilet right away, you can try simply leaving it untouched overnight and then flush first thing in the morning. This can prove to be a surprisingly effective method, though you may prefer to take more immediate measures.

The best time to put this method into use is within the first flush or two. Forcefully tap on the backside of the bowl with your shoes or bare feet. Then, try flushing again. If the blockage is high enough up in the toilet’s plumbing, tapping may get the flow of water moving normally again. About 70% of the time this simple trick will dislodge a minor clog. Just remember, for the protection of your toilet you’ll definitely want to tap, not kick!

If the prior method didn’t work, try pouring a bucket of hot tap water down the toilet (a gallon or two should work fine for a minor clog). Be sure to pour at a quick pace, but not so quick that you splash yourself or the floor. Then, flush the toilet. The heat and the water pressure should break up the blockage. If not, move on to try something else.

As long as the bowl isn’t too full of water, you can try pouring one cup of baking soda and one cup of vinegar into it. (A full bowl would dilute the mixture.) This method has been known to unclog drains, and it can sometimes work with toilets as well.

If the hot water straight from the tap is not enough, you can put up a kettle of water to boil. While you’re waiting for the water to boil, pour about a quarter cup of dish detergent into the toilet bowl to let it begin lubricating the lodged material. Then, pour in the boiling water (carefully, so as not to splash yourself!). Often this does the trick.

If you’re still having no luck, head to your local hardware store and ask for a tool called a manual toilet snake. Simply thread the snake through the toilet and wind it around until the blockage is released. This is quite useful when the blockage goes deeper into the pipe than the toilet bowl itself. Note: Do NOT use a clothes hanger in place of a snake as you can damage the toilet’s porcelain surface.

If snaking doesn’t work, you may have to try one of the following two last resorts (before calling in a plumber, that is) and they aren’t exactly for those with a weak stomach…

Though this method can get a bit messy, it’s not as bad as #8 on this list, so give it your best shot! Place your plunger in contact with the toilet so that its head forms a tight seal around the bottom of the bowl. Once you have full contact, begin to pump the plunger forcefully a few times. The key to getting the best suction is to plunge as you flush at the same time.

While not a method of choice for most people, sometimes it’s just plain necessary to loosen a blockage manually if nothing else works. Plumbers have found all sorts of things as the cause for blockage – everything from what you might, erm, expect, to cell phones and even underwear!

Hopefully one of these eco-friendly methods will work for you. If not, it might be time to call in a plumber. Either way, as we like to say, best of luck getting unstuck!